With her not following anyone, her two million followers have nothing to see on her account.

Yen was involved in the much talked about breakup of Paolo Contis and LJ Reyes after she was recently spotted with Paolo in Baguio and Manaoag, Pangasinan.

Paolo, however, denied that Yen was the reason of his split with LJ. He also added that Yen is just a friend. 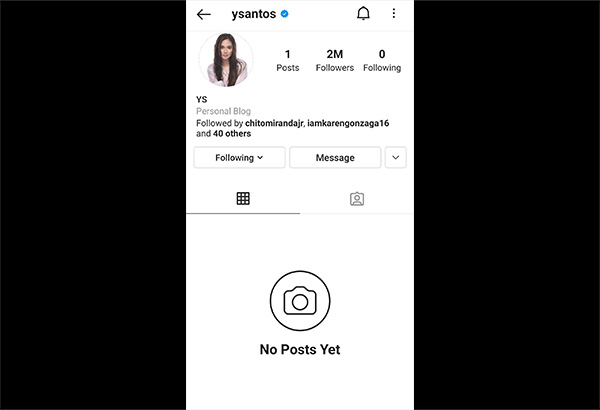 Paolo and Yen are co-stars in the Netflix film “A Faraway Land.”

Does Yen Santos have a child? Talent manager Ogie Diaz speaks up