Big Brother Is Watching: 9 Chinese Cities Are Among the 10 Most Surveilled in the World

Traveling to new countries and cities is all good and fun, until you find out that your every move is being watched by the powers that be. Different countries have different protocols, and in some places, 24/7 surveillance is the norm.

In a study by Comparitech that compared the number of CCTVs to city populations, it was found that 16 out of the top 20 most heavily-surveilled cities in the world were located in China. Only four cities were not located in China: London, U.K., and Indore, Hyderabad, and Delhi in India. 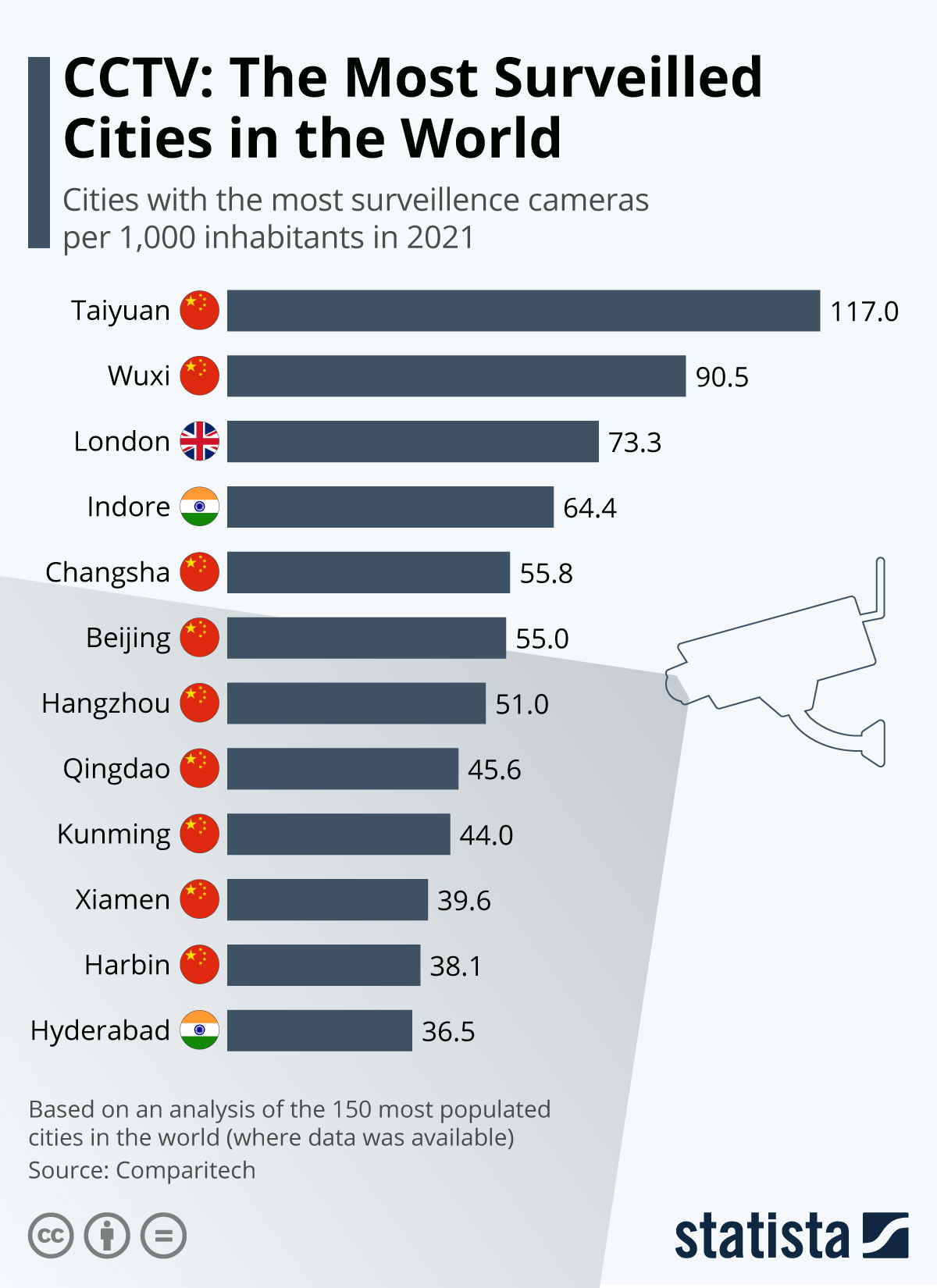 You will find more infographics at Statista

There are plenty of arguments for CCTVs: they’re intended to ensure civilian safety and catch criminals in the act. However, high levels of surveillance could infringe on privacy rights, especially as technology like facial recognition continues to grow. That said, Comparitech concluded that for the most part, having more cameras does not equate to reduced crime rates.

Regardless, IHS Markit reports that 54 percent of the world’s 770 million surveillance cameras are located in China, meaning that there are approximately 415.8 million CCTVs to China’s 1.4 billion population. That puts the CCTV to person ratio at about 1:3.

When in China, never forget that Big Brother is always watching.

Discover the best of culture, business, and style from Esquire Philippines. Visit Quento for more stories and subscribe to our YouTube channel for new videos.