Who’s who in Season 8 of MPL PH

MANILA, Philippines — Since the end of 7th season of the Mobile Legends Professional League Philippines (MPL PH), there have been many talks and rumors about major changes starting to surface.

It was only a month ago that Moonton officially announced the league’s shift to a franchise model, adapting the same model that MPL Indonesia uses.

But prior to the official announcements, shakeups already made headlines as different esports organizations released left and right their ML rosters, most giving the same reason of giving their former players a better chance for their continued development.

With all the reshuffles, rebranding, and some new-formed alliances, here are the eight teams competing in the debut franchise model of MPL PH Season 8. 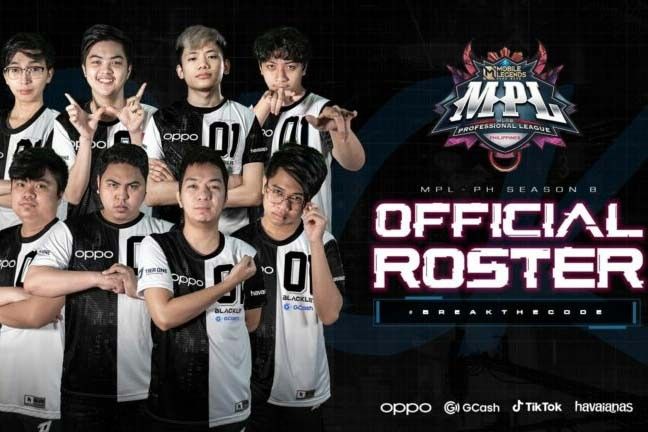 The Season 7 champions that hope to defend their title, Blacklist International retained their six-man team from the last season with only one change. This coming season, Blacklist International just made themselves stronger with the addition of former Smart Omega player Salic “Hadjizy” Iman, reuniting him with former teammates Ricaplaza and Alaba. Iman, who according to reports was also courted by veteran team BREN Esports but ultimately joined the reigning champs. 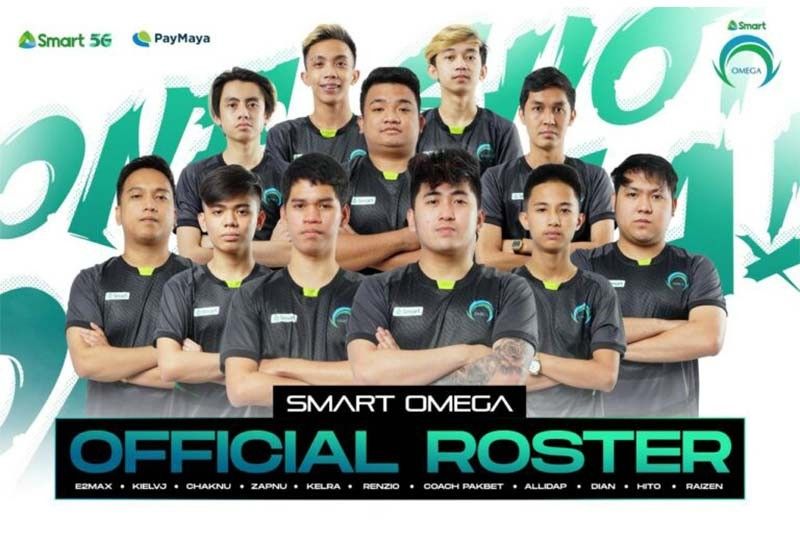 The initial news that Execreation was releasing its MPL roster had been a shock to fans, especially since the news was announced a couple of weeks after their comeback win against Blacklist International during the Mobile Legends Southeast Asia Cup (MSC) 2021. Execration had failed to secure one of the eight slots in the new franchise-based model and opted to give their players a better future. Many went into talks but eventually, the former Execration roster found a new home with Smart Omega who had announced the release of their previous roster at the start of July. Besides the South-East Asian champs, Smart Omega features former ULVL player Dian “Dian” Cruz and rookies Romeire “Allidap” Padilla, Dean “Raizen” Sumagui, and Robert “Hito” Candoy.

Duane “Kelra” Pillas was given a 14-day suspension for violating the league’s rules against sexual harassment and discrimination. Smart Omega announced on their page that they will be issuing a penalty of a month’s salary on Kelra but it looks like he is still included in the team’s roster for Season 8. 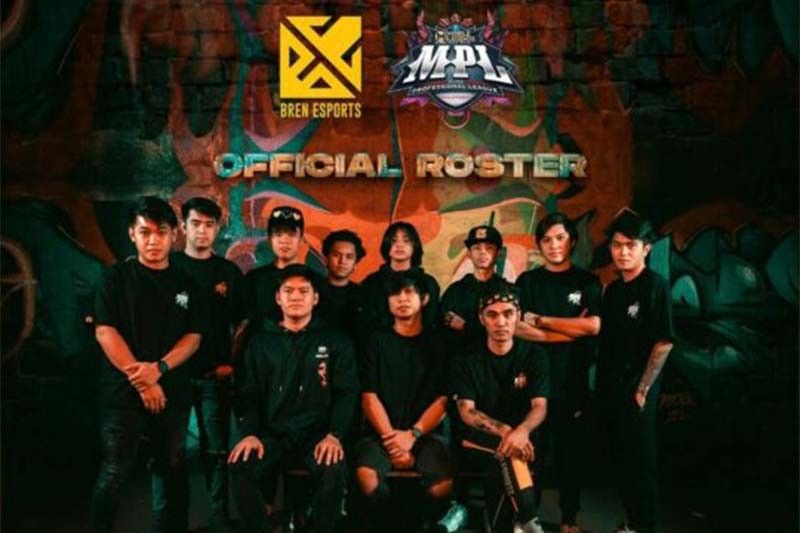 The reigning M2 World Champions, BREN Esports is setting their eyes on the top prize once again as they failed to defend their Season 6 title against when they were eliminated by Execration during season 7’s lower bracket semifinals. BREN’s old roster remained intact with key additions like former Aether Main player turned streamer Raven “L3bron” Alonzo and BREN mainstay Ralph “Coco” Mico Sampang who took a step back in 2020 and became the team’s analyst. Completing the team are rookies Maj “Malik” Malik and Dwine “Rimuru” Enriquez. 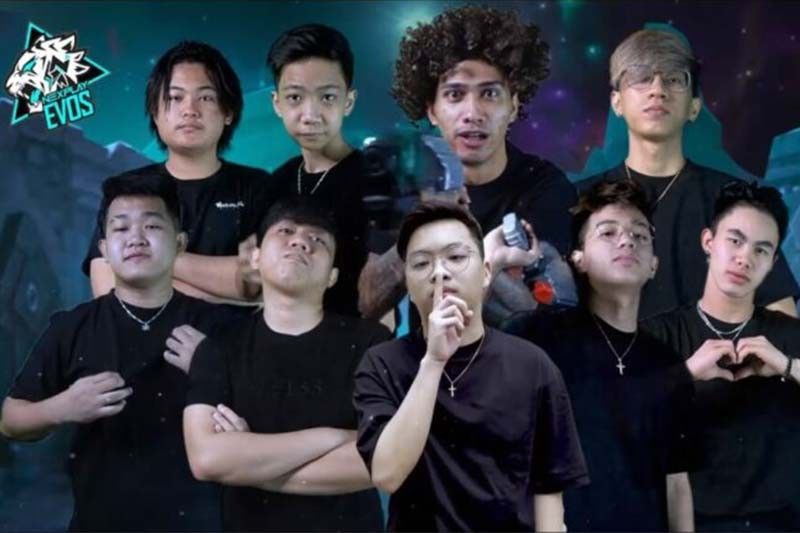 Making a return to the Philippine shores, Indonesia-based organization EVOS had initially competed in MPL PH Seasons 3 and 4, but EVOS PH met an early demise in the same year. This time they have partnered with Nexplay Esports and are hoping to make it big in the PH esports scene. Nexplay’s James “Jeymz” Gloria and its big three — Yawi, Renejay, H2Wo — will be joined by Southeast Asian Games gold medalist and former Omega Esports member Jeniel “Haze” Bata-anon; and two rookies Sanford “Sanford” Vinuya and Hesa. Notably, former Nexplay coach, Setsuna “Akosi Dogie” Ignacio will be suiting up for Nexplay EVOS this coming season. 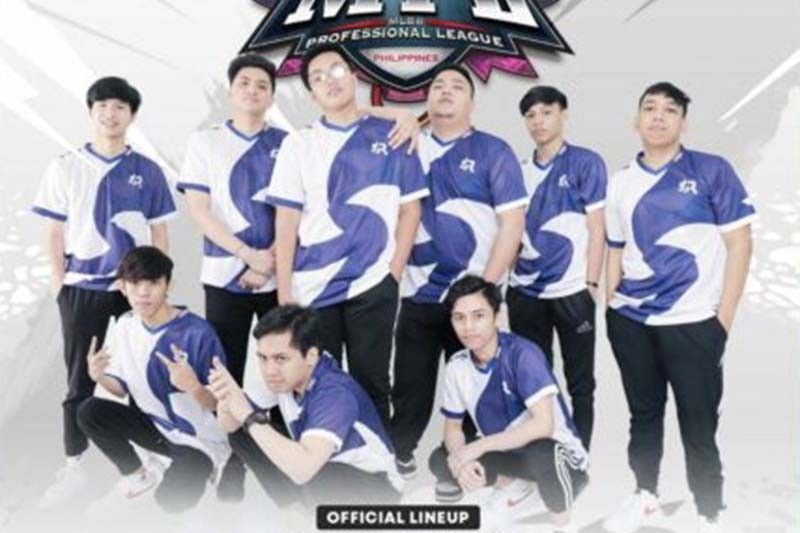 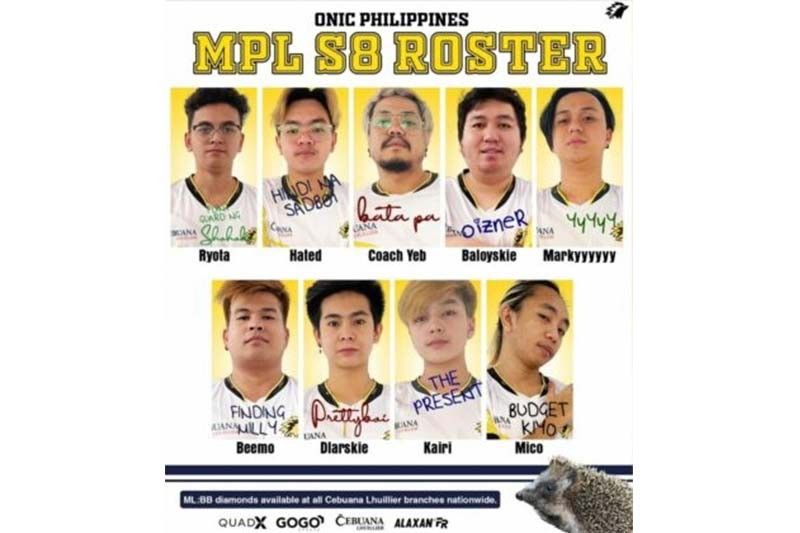 Onic PH has been part of MPL PH since Season 4 and has missed the title twice, after settling for a runner-up finish in Seasons 4 and 5. Four of the six-man team of the previous season remained, with players previously Laus Playbook Nowee “Ryota” Macasa and Ian “Beemo” Sergio. They also have rookie Mico “miicoo” Quitlong and veteran Allen “Greed_” Baloy makes his return to the team after playing for Onic in season 4 but moved to Aura PH in season 5. 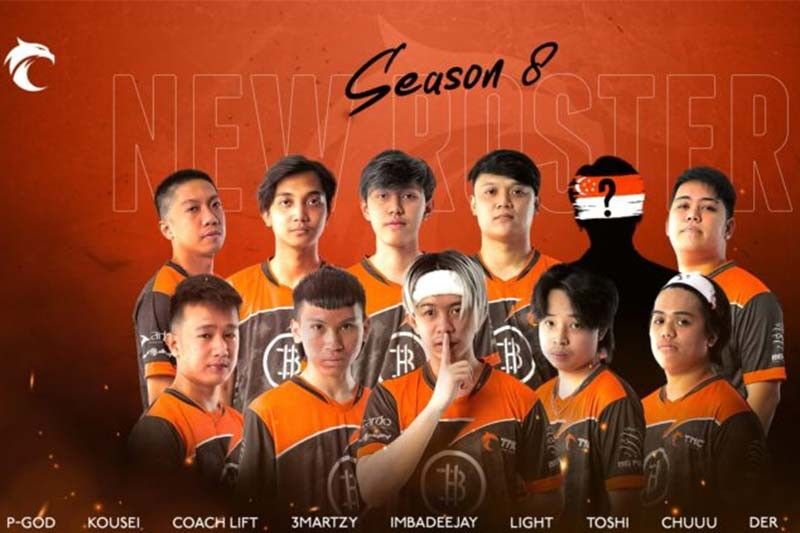 A yet to be revealed Singaporean player 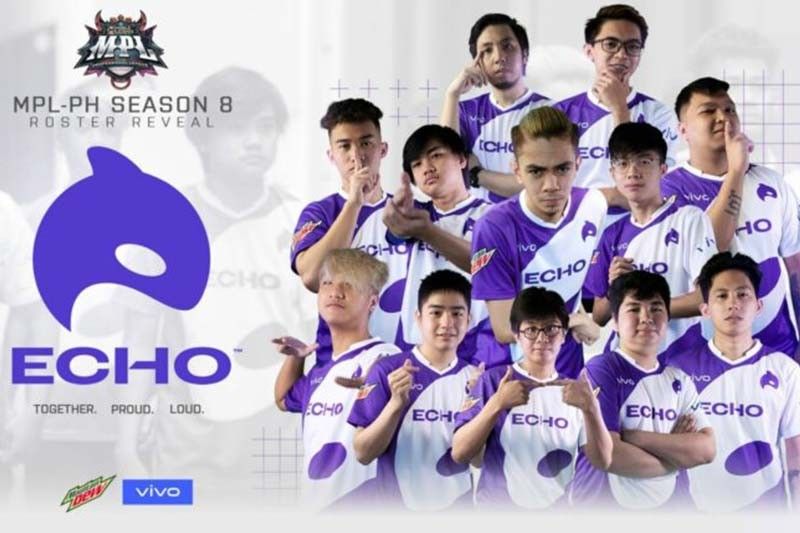